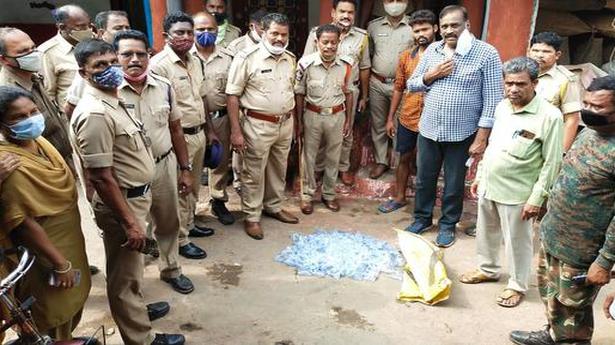 The Special Enforcement Bureau of the Excise Department seized 390 litres of illicit arrack packed in 3,900 sachets that was smuggled from Odisha and was being provided in Eedupuram village of Itchapuram mandal in Srikakulam district on Monday.

Circle Inspector of SEB J. Janardhana Rao and his crew raided a number of homes and seized the illicit arrack. Mr. Janardhana Rao mentioned that particular groups have been fashioned to forestall the unlawful provide of arrack and liquor from Odisha and different locations alongside the bordering areas. He mentioned that circumstances could be filed towards these concerned within the unlawful commerce.