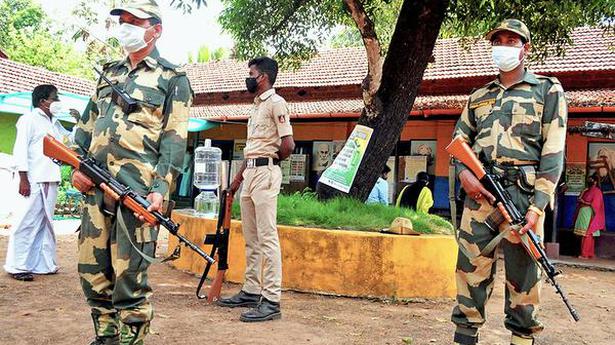 Brisk polling was witnessed in Kannur and Kasaragod districts for the Assembly elections on Tuesday. The voter turnout in Kannur was 77.75% whereas Kasaragod noticed a turnout of 74.91%.

The polling share in the 2016 Assembly elections was 80.63% in Kannur district. The voter turnout was 80.88% in Taliparamba this time whereas Thalassery recorded 73.93% polling.

The district noticed 4.29% of voters casting their votes in the primary hour of polling itself. The polling share crossed 44.44% by 12.15 p.m.

An individual was arrested for impersonation in Kannur. Two Youth League members, who allegedly tried to forged bogus votes in sales space quantity 84 of Koothuparamba, had been arrested.