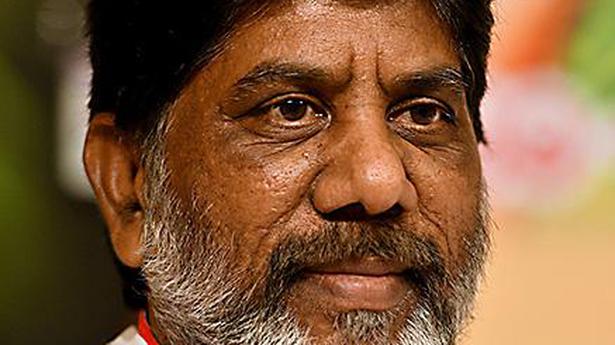 Congress Legislature Party (CLP) chief Bhatti Vikramarka has termed the merger of Telangana TDP into the TRS Legislature Party (TRSLP) a mirrored image of the worry of Chief Minister K. Chandrasekhar Rao on the rising resentment towards his governanace.

The Chief Minister is attempting to camouflage his weaknesses and put up a present of energy by encouraging defections of MLAs from different events, Mr. Vikramaka charged in a press release right here.

“Mr. Rao doesn’t have time to look into the suicides of frustrated youngsters, private teachers, tenant farmers but has enough time to induce the MLAs of other parties,” he mentioned.

Mr. Vikramarka alleged that Mr. Rao has destroyed the very material of democracy attempting to wipe out the opposition by shopping for MLAs and by providing different advantages. Telangana has topped the nation in defections and it’s a disgrace for a State born by the sacrifices of scholars and children who dreamt of a democratic Telangana.

The CLP chief mentioned merger of TTDLP into TRS is illegitimate and the Speaker doesn’t have the powers to recognise such mergers as any merger needs to be achieved by the presidents of political events with the permission of the Election Commission. The Legislature Parties (LPs) are extension of the political events and so they have don’t have the authorized powers to merge with different different LPs, he mentioned.

Mr. Vikramarka mentioned that 12 MLAs of the Congress have been lured in the same method by the Chief Minister and even in the course of the earlier Assembly related unlawful strategies have been adopted to strengthen himself. He mentioned Dr. B.R. Ambedkar had visualised such eventualities whereas writing the Constitution and offered sufficient area for the opposition to maintain the ruling events in examine. However, Mr. Rao is violating the Constitution and mocking the very spirit of it, he alleged.