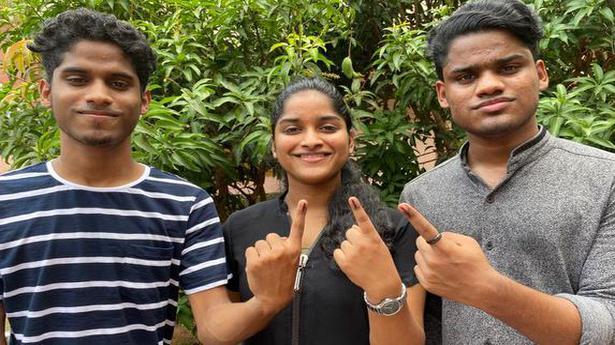 Brisk polling marked the single-phase elections to the Kerala Assembly on Tuesday, with 74.02% of the two.74 crore citizens exercising their franchise by night, as per the newest obtainable knowledge. The ultimate figures are anticipated on Wednesday.

The byelection for the Malappuram Lok Sabha seat, held concurrently, registered a polling percentage of 74.53%. The State had registered a voter turnout of 77.35% within the Assembly polls in 2016.

Stray incidents of clashes between Communist Party of India (Marxist) and Bharatiya Janata Party staff have been reported from locations akin to Kattayikonam within the Kazhakuttam constituency. “Barring a few minor incidents, polling was by and large peaceful in the State with no complaints about the poll process,” election officers mentioned in an announcement. Ten FIRs have been filed by the police throughout the State “for minor offences”, they mentioned.

The election was carried out in strict compliance with the COVID-19 protocol. COVID-19 sufferers and electors in quarantine voted within the ultimate hour of polling. Among the voters who forged their votes sporting protecting gear included Left Democratic Front candidate in Thodupuzha K.A. Antony, United Democratic Front candidate in Kochi Tony Chammany, and Chief Minister Pinarayi Vijayan’s daughter Veena.

As a part of the safety preparations, webcasts have been organized at 20,478 polling stations. As the variety of polling stations had been elevated to 40,771 to keep away from crowding, 2.02 lakh polling personnel have been deployed. This time, 140 firms of the Central Armed Police Force (CAPF) had been allotted to the State for beefing up safety.

Polling ended at 7 p.m., besides in 9 north Kerala segments the place it ended at 6 p.m. on account of the risk posed by Left wing extremist teams.