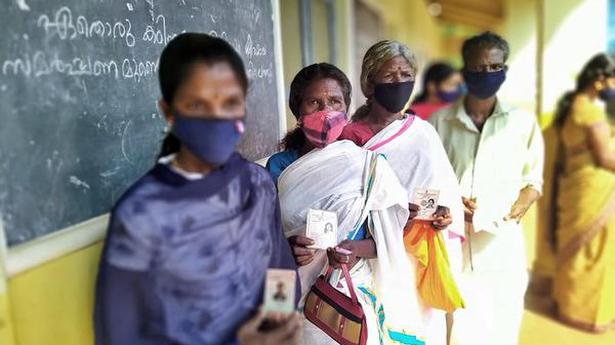 Polling for the Assembly election handed off peacefully in the district on Monday. According to preliminary reviews, 74.97 % of voters forged their poll in Wayanad district.

No untoward incident was reported in the district, Aravind Sukumar, Superintendent of Police, informed The Puucho. Polling was peaceful and largely incident-free, barring minor technical snags in Electronic Voting Machines (EVMs) at just a few polling cubicles, Mr. Sukumar mentioned. The machines had been promptly changed and voting continued uninterrupted.

Despite the COVID-19 risk, voters, together with tribespeople and plantation employees, turned out in giant numbers in the early morning and fashioned lengthy queues outdoors polling cubicles in varied components of the district.

Elaborate safety preparations had been made by the police for the sleek conduct of elections. Paramilitary and police forces had been deployed in 124 cubicles which had been recognized as Left Wing Extremists (LWE) affected cubicles and three-level safety measures had been in place in these cubicles.