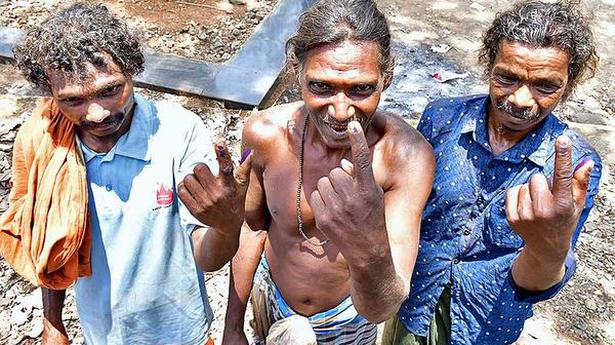 As many as 272 tribespeople belonging to the primitive Cholanaikar, Kattunaikar and Paniya tribes solid their votes at a high-security polling sales space arrange within the Nedumkayam forest close to Nilambur on Tuesday.

While the Cholanaikars residing in Mancheeri hamlets greater than 15 km contained in the forest got here in teams, the Kattunaikars of Mundakkadavu hamlet and Paniyars of Nedumkayam hamlets joined them of their “electoral celebrations”.

Among the tribals who polled their votes, 141 have been males and 131 have been girls.

A group of law enforcement officials led by District Police Chief S. Sujit Das too reached Nedumkayam in view of the improved safety.