Sukma encounter | CRPF Commando may be in Maoists’ custody 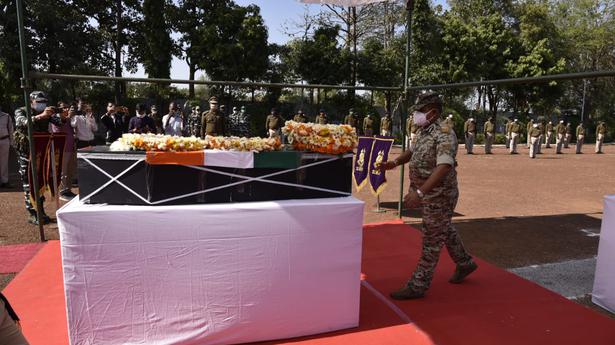 Sukma encounter | CRPF Commando may be in Maoists’ custody

A commando of the Central Reserve Police Force (CRPF) who was a part of the staff that was ambushed by the Maoists on April 3 at Tarrem in Chattisgarh’s Sukma is suspected to have been kidnapped by the Maoists, police mentioned.

Director General of Police, Chhattisgarh, D.M. Awasthi instructed The Puucho that the police had info from a number of sources that the commando was with the Maoists.

The commando, recognized as Rakeshwar Singh Minhas, belonged to the Commando Battalion for Resolute Action unit (CoBRA) of the CRPF, a unit specifically educated for operations in Left Wing Extremism (LWE) affected areas.

“There is no statement by the Maoists yet, but we have information from other sources that the commando is with them. We can say he is safe so far. We are trying to ascertain how he was taken away,” Mr. Awasthi mentioned.

A senior police official mentioned it was potential that the commando ran for canopy when a volley of fireplace got here from the Maoists and by accident moved to their aspect.

Mr. Manhas’ household in Jammu launched a video message interesting for his secure return. His spouse Meenu mentioned she final spoke to him round 9.30 pm on April 2 when he instructed her that he was going for an operation and would return the following day.

The police official mentioned the Maoists had been watching the forces. “There were four groups numbering over 400 that left from various camps on April 2 night. When the fourth and the last group reached Tarrem, they were attacked by the Maoists. There were two villages on the way that were empty and the forces should have avoided the route,” mentioned the official.

Another official mentioned there was prior details about the presence of Maoists there because it was considered one of their core areas. “There were intelligence inputs, but we could not find Maoists at the said location. The security forces were being watched and when the last group moved in, they were attacked,” mentioned the official.

Around two dozen refined weapons utilized by the safety personnel had been taken away by the Maoists.

Union Home Minister Amit Shah, who was on a day-long go to to Chhattisgarh on Monday, addressed the CRPF personnel who had been a part of the encounter at Tarrem. Speaking to the jawans at Basaguda in South Bastar, Mr. Shah mentioned the federal government would welcome the Maoists in the event that they surrendered their weapons. But if “they used their weapons, we do not have an option”.

“The encounter lasted over four hours. I am interacting here with the team that fought on April 3. A few years ago, it was difficult to even enter these areas, but that day you entered their homes. We suffered losses, but even they suffered losses. We have been increasing our posts in these areas, in the past two years we have gone in the interior. This is the epicentre of Naxalism and the fight is in its last leg,” Mr. Shah mentioned.