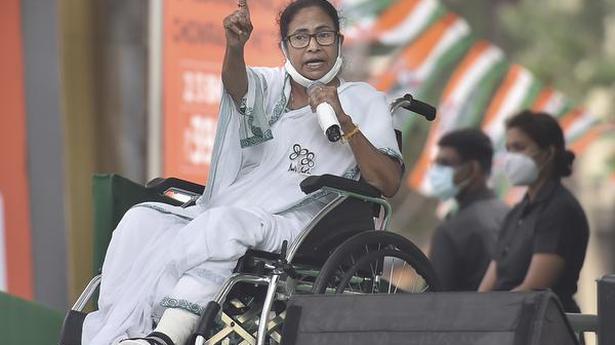 The Election Commission (EC) has despatched a notice to West Bengal Chief Minister Mamata Banerjee over her “highly objectionable” statements about Central forces posted within the State for the continuing Assembly election.

Among the statements cited by the EC in its notice was Ms. Banerjee’s attraction to girls voters to “gherao” Central forces in the event that they brought about any disturbance to voting.

The EC stated it discovered Ms. Banerjee’s statements to be in violation of the Model Code of Conduct in addition to Sections 186 (voluntarily obstructing public servant from discharging public capabilities), 189 (risk of harm to public servant) and 505 (making a press release with intent to incite any class or neighborhood of individuals to commit an offence in opposition to some other class or neighborhood) of the Indian Penal Code.

The panel has given the Trinamool Congress chief time until 11 a.m. on Saturday to reply.